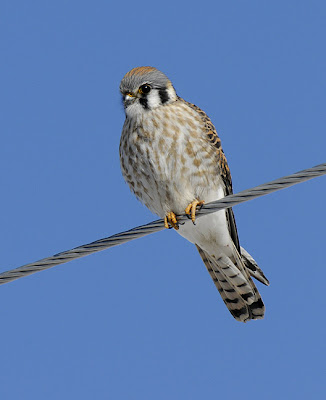 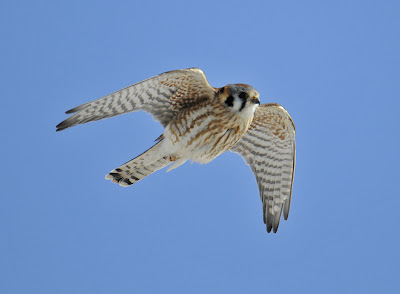 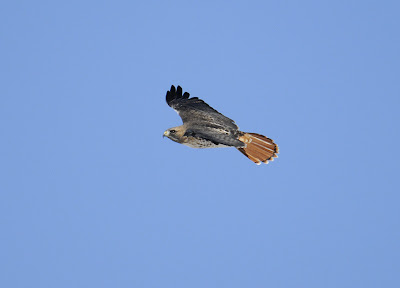 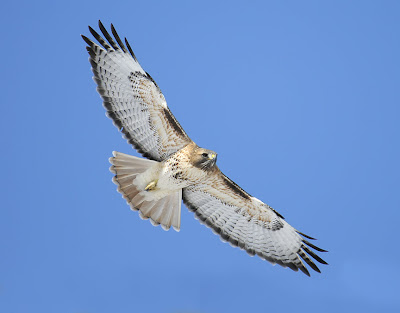 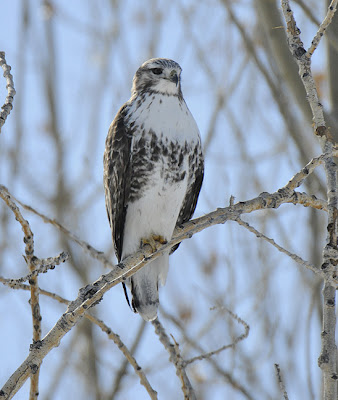 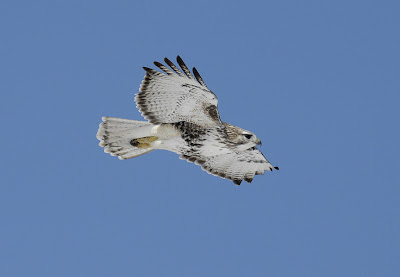 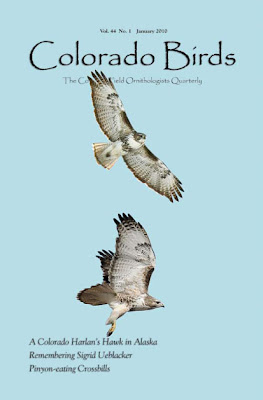 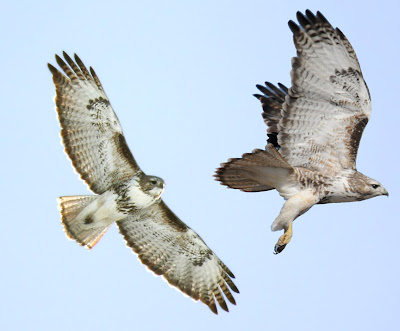 Posted by brdpics at 12:27 PM 3 comments: Links to this post

Mike Freiberg and I blended our recent posts on Ross's / Snow Goose ID for a new feature on Surfbirds.com- Check it out! 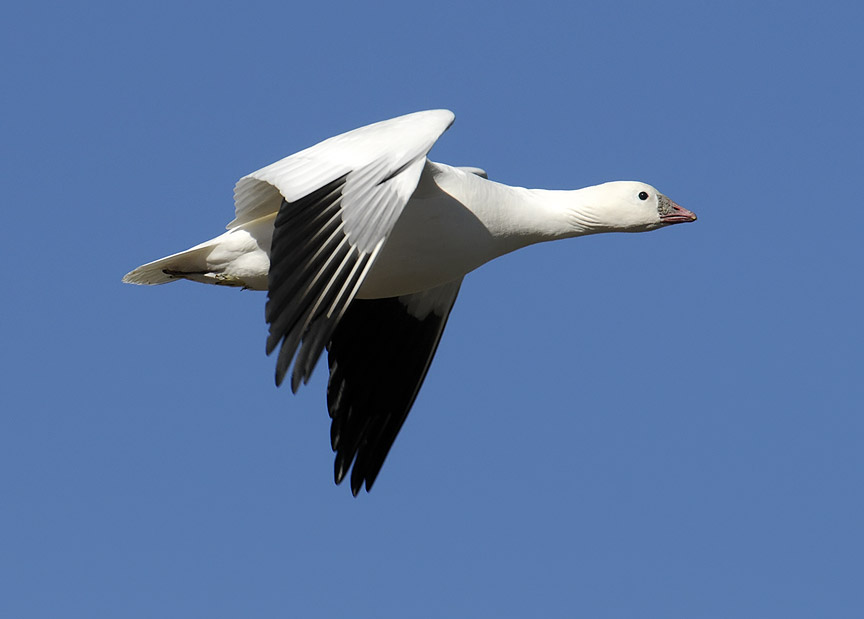 Posted by brdpics at 8:30 AM No comments: Links to this post

One way I get a little extra birding mileage during the slow winter months is to build and put up bird boxes when I get the chance. Luckily, a birding buddy of mine has access to a great property that seemed in need of some boxes so at the onset of winter I began cobbling a selection together. The first one I made (with the help of my assistant Garrett) was a Barn Owl box. 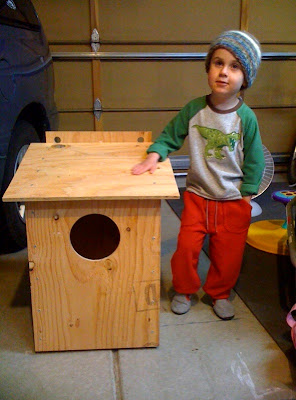 An open-sided pole barn on the property had a Barn Owl sticking around from summer but its perch in the barn was fairly unprotected, simply on top of a pole up in the rafters. Still, it was obvious that it was a long-standing roost based on the whitewash and pellet pile below the pole. 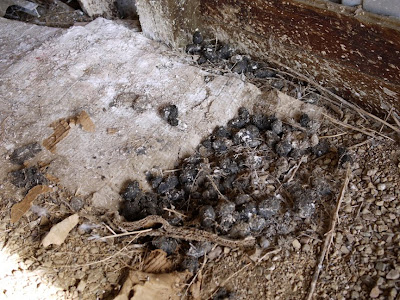 We popped the box up next to its preferred perch in late November and the owl took up residence immediately. It has stayed all winter- pretty cool & kind of unusual for Colorado's northern Front Range! (Or not so cool if you are a nearby mouse or the Northern Flicker it somehow managed to pluck and eat, judging by the orange feathers beneath the box we saw last Friday...) 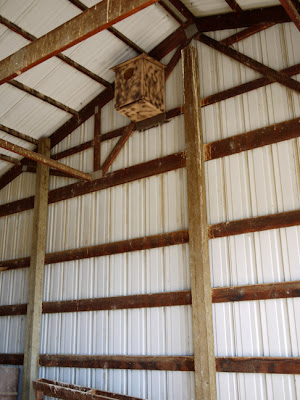 The box has a thin open slot at the bottom that allows pellets to get pushed out (the pattern was designed for commercial pellet collectors who supply the educational market), but it also has the benefit of letting us sneak a peak to see if Barney is home without flushing the owl. My friend John Barr took this pic looking up at the box and you can see a thin slice of Barn Owl through the slot (that's the bill in the middle and the bottom corners of the facial disc angling up from each side of the bill.) 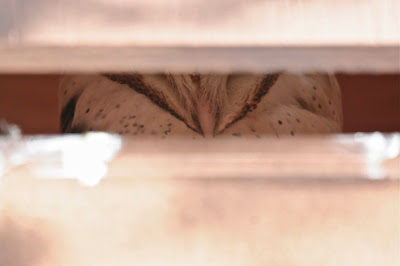 Another round of mid-winter box-building produced some Tree Swallow abodes and a Kestrel Box that we put on a nice cottonwood overlooking a big hay meadow. 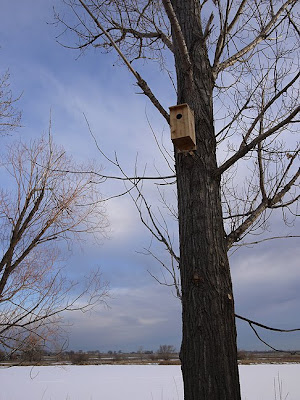 Finally, I built a couple of Wood Duck boxes a few weeks ago and on Friday I took advantage of the remaining decent ice to put them up in some likely looking ponds (former gravel pits) near a wooded creek. The ice makes a great platform for pounding in the post and mounting the box- a lot easier than trying the job from a boat. I hope the Wood Ducks like them as much as the Barn Owl likes his box!! Thanks to John Barr for snapping the pics (and for letting me bird with him on this great spread!) 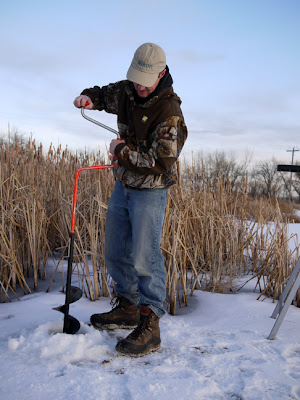 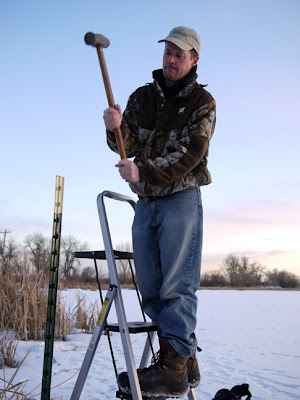 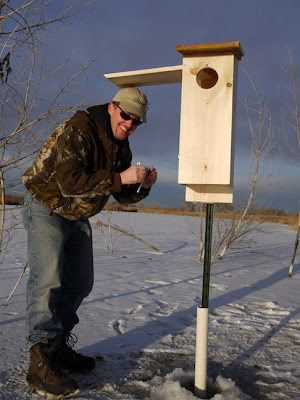 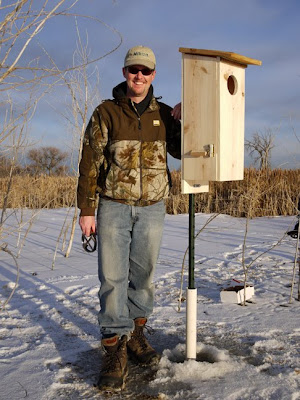 Posted by brdpics at 9:24 PM 3 comments: Links to this post