I finally have a few moments to report on my trip to California last week for the Western Field Ornithologists annual convention and associated birding in and around San Mateo. I arrived in the state on Wednesday, October 8, in anticipation of a Bodega Bay pelagic trip the next day. I had a few hours to spare before a friend flew in, and headed up to San Fransisco for a little sightseeing & birding. Disappointingly, while birding around the Golden Gate Bridge I got a call from Debbie Shearwater letting me know that the Bodega trip was canceled (something about 50-knot winds and 20-30 foot seas...) Well, I had been on a lucky streak up till then, not losing any pelagics to weather in 6 previous sorties, but it finally caught up with me. I consoled myself by snapping some neat shots of a Black Scoter that was feeding right off of the rip rap at the Presidio. Here it is masticating some sort of crustacean- anyone know more specifically what that thing is? 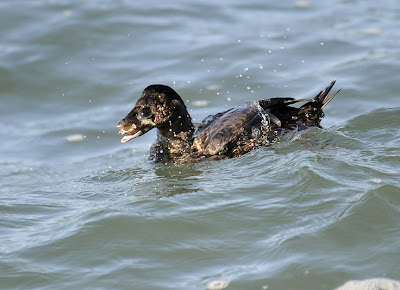 So on Thursday my buddy Nathan Pieplow and I headed inland to the Central Valley in search of a few target birds of mine. I was rewarded with two lifers, Yellow-billed Magpie and Nuttal's Woodpecker at Caswell State Park. I got pics of the magpie but only fleeting glimpses of the woodpecker, which was much easier heard than seen in the grapevine-draped oaks and cottonwoods found along the Stanislaus River. That's one cool magpie- I like the eye-ring as much if not more than the bill! 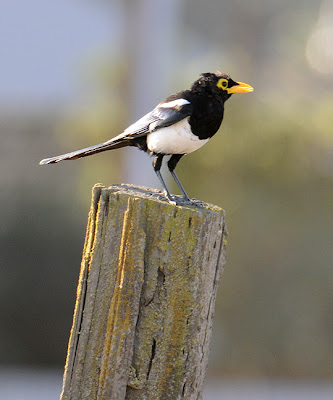 Those ended up being the only two life birds I got on the trip, but I added three other life photo species in addition to the magpie. Wrentit, California Towhee, and Marbled Murrelet all are now also part of my photographic portfolio. 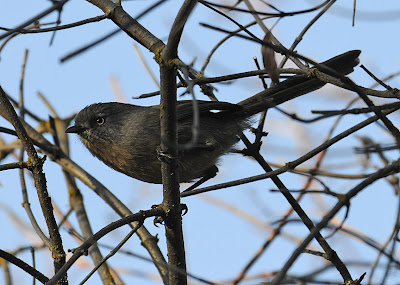 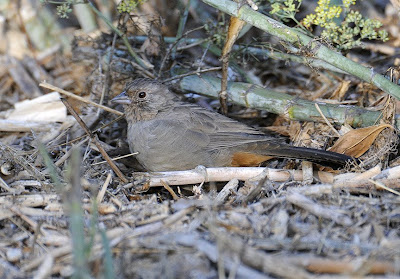 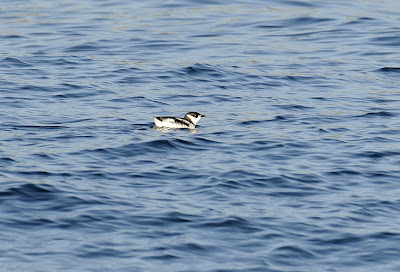 As you probably surmise from the Murrellet, I did get out to sea on the second of my scheduled trips, heading into Monterey Bay from Santa Cruz on Sunday. More pics from that trip and other California highlights will be forthcoming.
Posted by brdpics at 7:17 PM

I like that eyering, too. I posted about the yellow-billed magpie being a lifer for me, too. The eyering on your photo is sharper than the photo I posted. And I really appreciate your wrentit photo - I saw one (another lifer for me) but I wasn't able to get a photo of it.