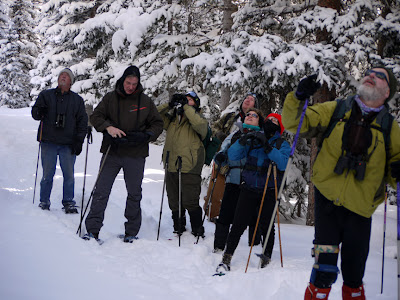 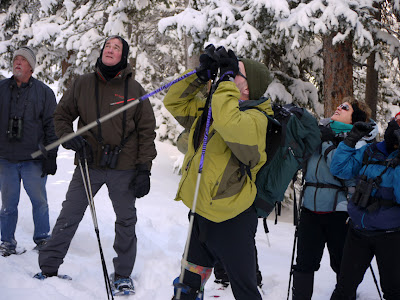 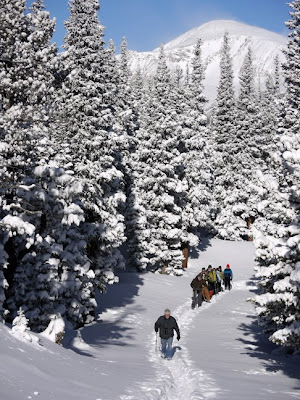 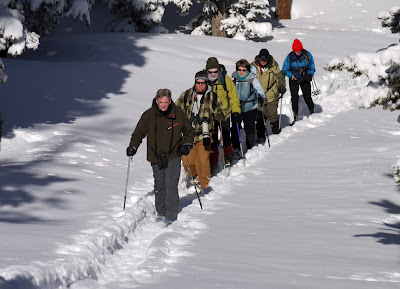 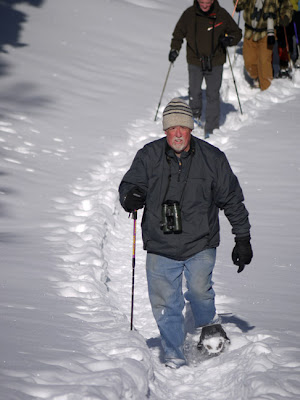 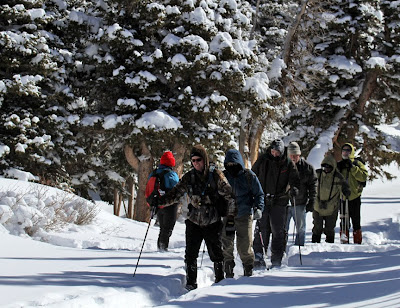 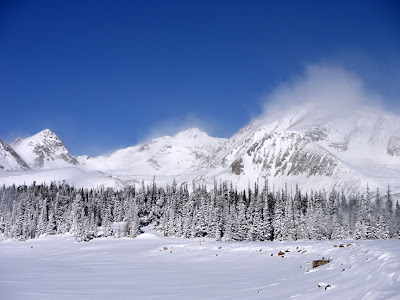 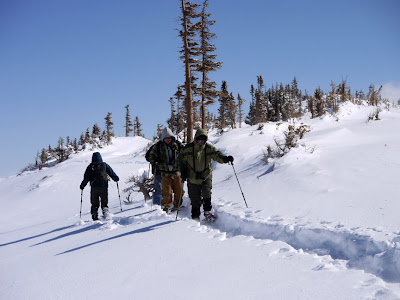 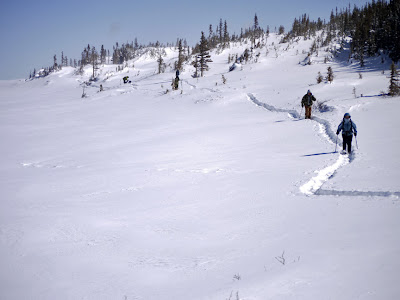 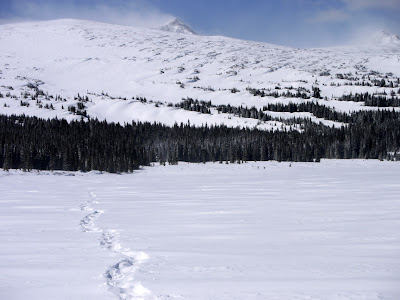 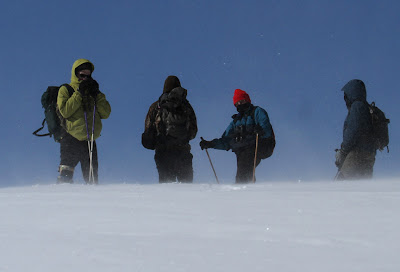 I've just received a review copy of The Birds of Europe, 2nd Edition with Text and Maps by Lars Svensson and Illustrations and Captions by Killian Mullarney and Dan Zetterström.

The first edition was widely considered to be the epitome of field guides, and the revisions found in this edition will cement its reputation as an archetype to which others will be compared.

I'd say that any serious North American birder needs this guide. I often turn to this book in reference to holarctic species that we share with Europe. For example, I think this book's treatment of Jaegers (er, Skuas seeing that it is a European guide...) surpasses anything in the N.A. guides and rivals the specialty Skuas and Jaegers guide (out of print but available as pricey used versions) by Olsen and Larsson. Then there's always the chance of vagrants from across the pond in need of ID- stint, anyone?

Anyway, I'd encourage anyone who doesn't have this guide to check it out. Here's more info from Princeton University Press, the publisher.

Posted by brdpics at 8:48 AM No comments:

Email ThisBlogThis!Share to TwitterShare to FacebookShare to Pinterest
Labels: Birds of Europe

Throughout the winter months I’ll sometimes notice that my backyard gets very quiet, devoid of the busy activity usually found around my platform and hanging feeders. Then I’ll often notice the distinctive profile of an Accipter perched in a nearby tree or on the fence. I mainly get Sharp-shinned Hawks but also sometimes see a Cooper’s Hawk lurking or actively diving into my spruce trees to bust out birds seeking sanctuary in the dense boughs. Sometimes I’ll find a scatter of feathers beneath a perch where a hunt reached a successful conclusion. I’ve found a few such piles of Eurasian Collared-Dove feathers recently- certainly not from a Sharpie but perhaps a gnarly Cooper’s? The reason I wonder is that there have been a few reliable reports of a Goshawk in my end of town this winter, raising hopes that I might someday add that big bad ‘un to the yard list. 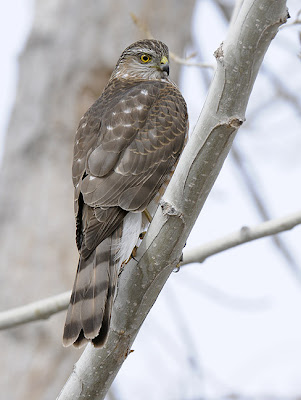 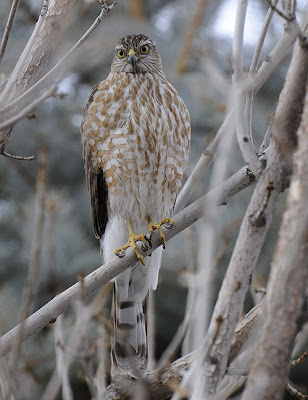 Anyway, as I went out to fill the feeders last weekend I was accompanied by my frequent helper, Garrett. I noticed an immature Sharp-shinned Hawk hanging out in an ash tree next to our biggest blue spruce, no doubt deciding on a strategy to get at the House Sparrows and Finches deep within (earlier in the week I heard and then saw the same Sharpie deep within the spruce, playing tag with the House Sparrows.) Garrett didn’t see the hawk and proceeded to walk almost right beneath it. Amazingly the Sharpie didn’t fly away despite the proximity of a pre-schooler cavorting below. I took this as a sign to go get my camera and ended up with some nice close-ups as the bird was remarkably tolerant of close approach. 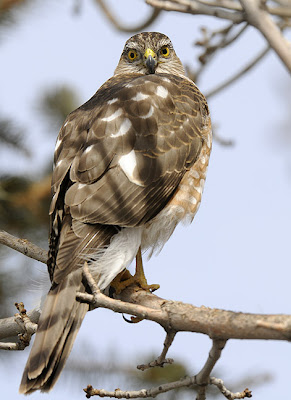 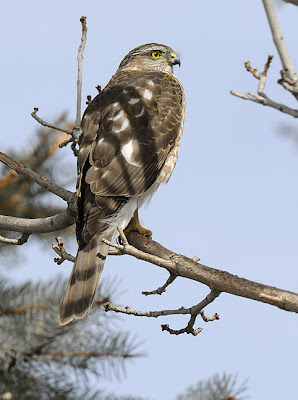 Raptors are smart cookies and I think that the Sharpie was hoping we’d flush out a sparrow or finch. I went around the fence to the patch of open space behind our yard to get some pics of its belly side and heard birds nervously calling and shifting around in the brush pile I’ve made there, which really drew the Sharpie’s attention. The next thing I knew, the hawk flew seemingly right at my head but passed just overhead. It must have been a false start because it broke off any chase, swooped up and landed in the cottonwood. A few minutes later, though, a House Sparrow made a dash from the brush pile and the Sharpie pursued it out of sight around a corner, gaining fast. No wonder Bill Thompson III calls these birds Death Rockets! 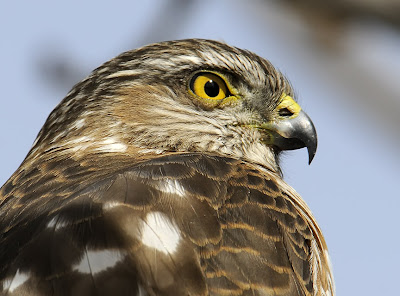 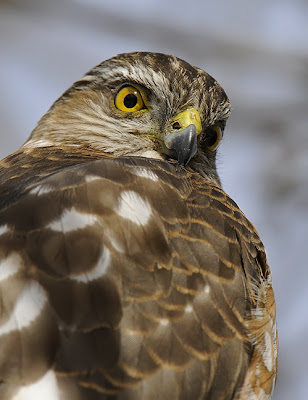