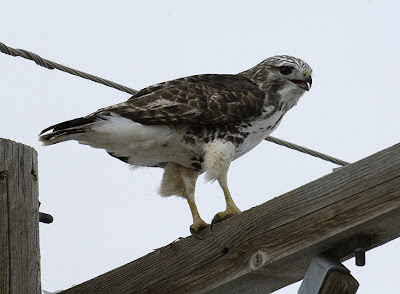 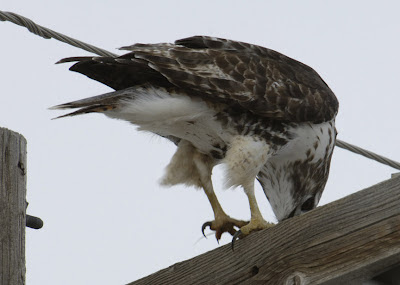 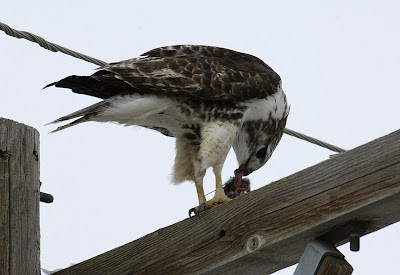 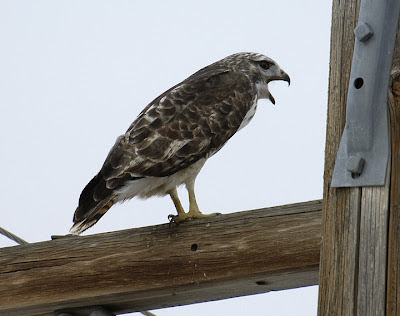 I wonder if this might be the same individual reported here in winters past by Wheeler/Johnston etc? Maybe likes this area to overwinter?

I am writing this comment on your blog to see if you might be willing to help me identify a bird I saw at the top of Aspen MT in CO this past August when I was visiting my daughter.

I'm having trouble identifying I am wondering if it might be a light morphed red hawk, Harlan subspecies. The head was 100% white and so were the wing feathers at the tips.

I would appreciate your comments.

I'm trying to post the two photos on this blog comment but I have not been successful. Could you please let me know your email (it wouldn't open on my MAC when I visited your website) so I would send you the photos.

Thank you very much!!

Cool bird Willy, I hope the bird stays on so we can look forward to seeing contuing reports and more images.