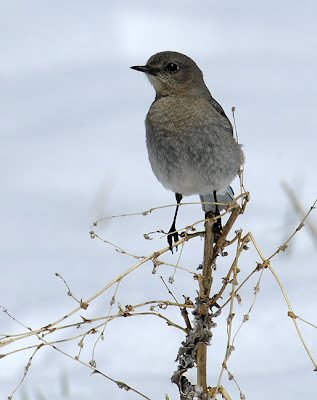 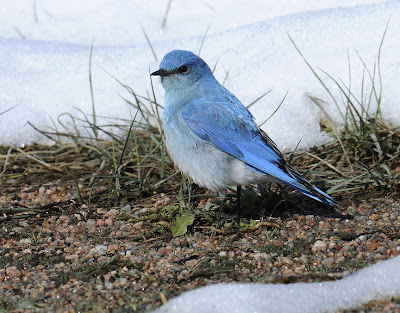 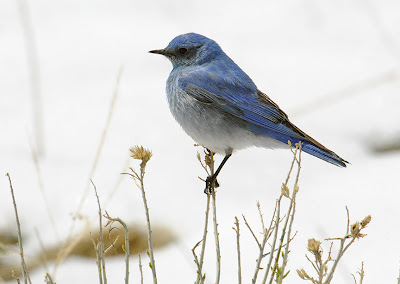 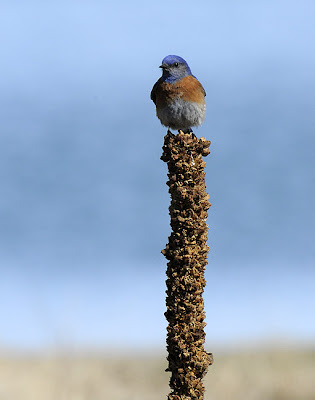 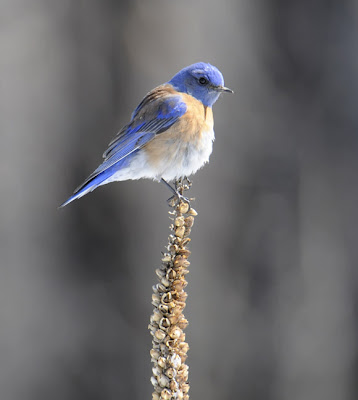 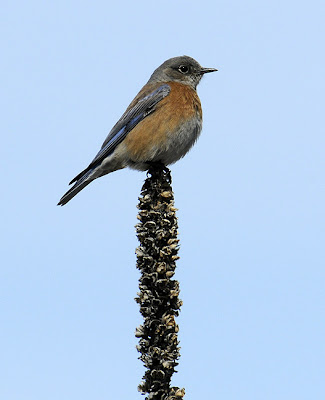 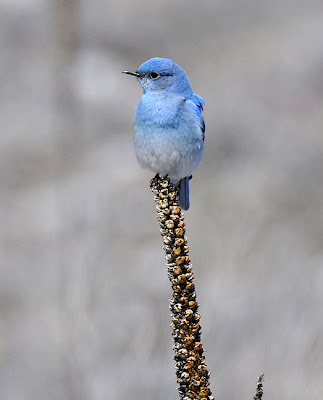 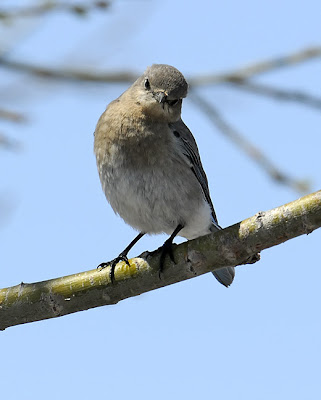 Bill, Gorgeous pictures as alway. Did you use your Nikon or your digiscoping set up to get them?

Bill--Very much enjoyed the photos and this post-- I have noticed some interesting bluebird dynamics up here in Evergreen, where some of those Mountain and Western Bluebirds returned to this week. Started noticing significant numbers of Western Bluebirds in my neighborhood starting three springs ago, one or two, then a couple of pairs, and this last week many more pairs--makes me wonder whether their breeding range is changing in response to climate.

Really cute bird.
Weldone you have great work about birds..