Last weekend, I finally got the chance to hike into Yellow Jacket Canyon in the far SW corner of Colorado. This site is famous among Colorado birders as the only reliable spot in the state for breeding Lucy's Warblers. I almost got the chance to visit in 2004, but the flu kept me in my Montrose hotel room then as my buddies went in to get the bird for their Colorado lists. Fortunately, Lucy's has bred there every year since (and probably has bred there for a long time prior to the 2004 discovery), and one of the first birds we put our bins on once we reached the riparian cottonwoods was a Lucy's! 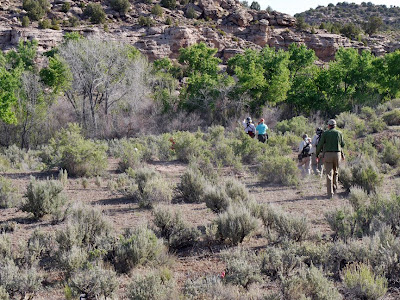 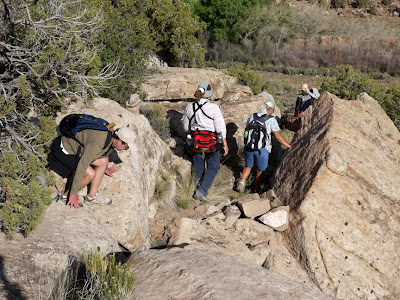 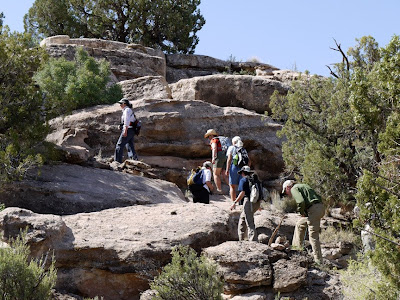 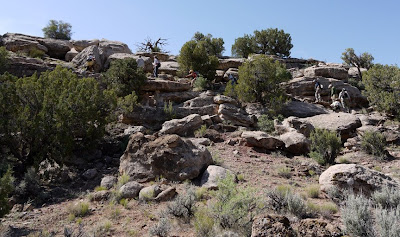 I was there as part of my Ute Mountain/Mesa Verde Birding Festival itinerary. Coen Dexter and Brenda Wright led the trip, involving a hike in of about 1.5 miles through pinon/juniper scrubland and rimrock to get to the riparian strip of Yellow Jacket creek. Gray birds, noteably Gray Vireos and Gray Flycatchers, serenaded us on the way in and out along with Black-throated Sparrows and Black-throated Gray Warblers. Lovely birds all, but no good bird photo opps to speak of this time (group trips aren't ideal for bird photography...) So I looked for herps and cactus blooms to fill some memory card space instead. 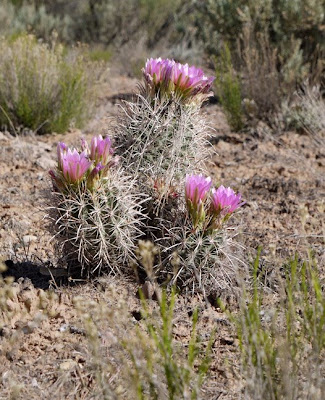 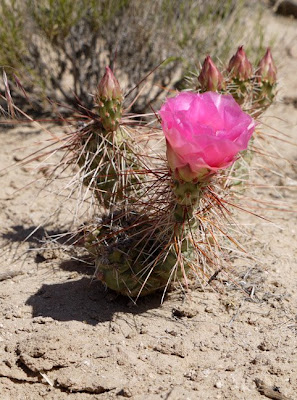 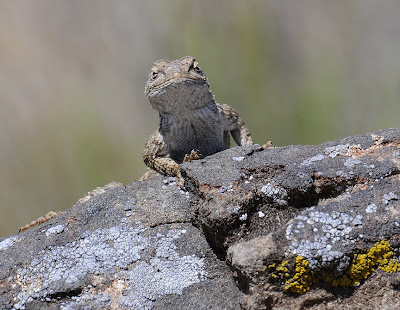 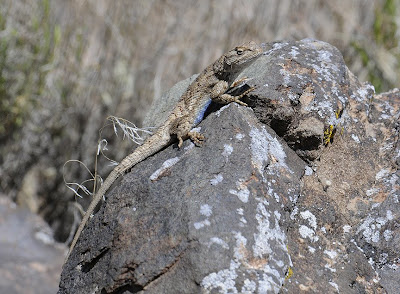 While trying for better looks at the Lucy's Warbler pair that was foraging up and down the creek bottom we saw an immature male Summer Tanager- another very nice bird for the state. Bushtits were around, and one revealed its nest as it brought food into the tube sock-like structure. 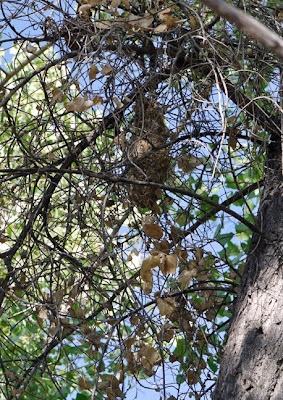 There are almost certainly more Lucy's Warbler spots in that part of the state, but access to the riparian strips is mostly private around there. Homesteaders snatched up these wet strips long ago for their ranch headquarters and hay meadows (who can blame them?), leaving the dry scrublands as open range (now mostly BLM lands.) I'd say the place has more of a Utah/Arizona feel to it, which isn't surprising since Yellow Jacket Canyon is just a Long-nosed Leopard Lizard's leap away from both states! Speaking of which, this Long-nosed Leopard Lizard was certainly the non-bird wildlife highlight for me- a lifer herp. 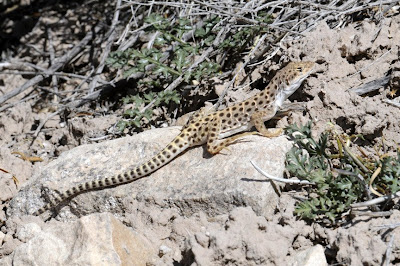 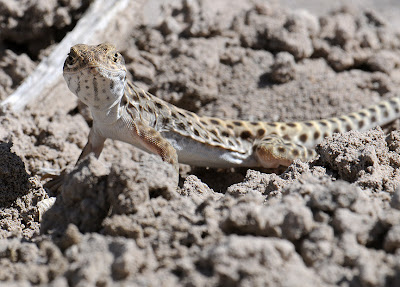 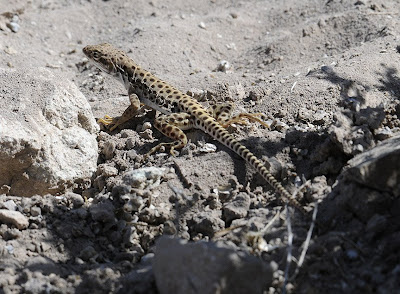 We wrapped up by stopping at a bridge along a county road on the way back to Cortez, with a mud-speckled nest-building Black Phoebe as our reward. Another west-slope specialty for Colorado, Black Phoebes seem to only build nests overhanging moving water, so either steep rock outcrops rising from rivers or bridges are often the best place to look for them. I was looking almost straight down at this bird through a gap in the bridge- an unusual angle but kind of cool results when it looked up to see what was making those strange clicking sounds above it. 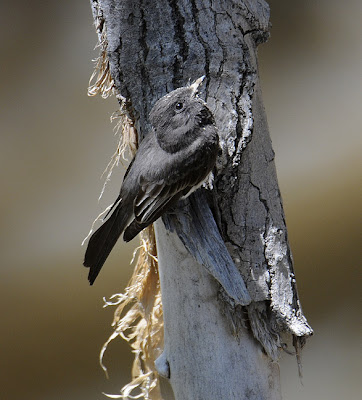 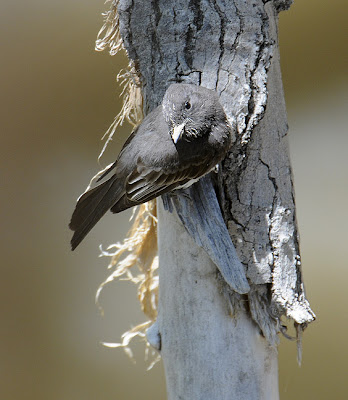 Many thanks to the Ute Mountain/Mesa Verde Birding Festival for having me- I really enjoyed speaking there and had a great time on my field trips. I feel like I just got the teaser tour and would love to go back for more in-depth exploration of that undervisited corner of Colorado!!
Posted by brdpics at 2:07 PM

Awesome scenery and landscape. I have been through the area several times on my way to Chaco Canyon in NM, but now maybe I'll have to plan a visit.
Great pics as always.