A buddy of mine recently tipped me off to a really photogenic Great Horned Owl nest along an Open Space trail NE of Boulder, CO. I scouted it on a cloudy day between deluges last week but had better light on my visit today. All of the regular joggers and walkers (with or without dogs) seemed to know about the owls & I lent several my bins for a better look while I was there. I also knew where to find a sleeping adult by other pedestrians pausing farther down the trail and peering into the woods- after I arrived it only briefly opened its eyes as a few crows cawed nearby before shutting them again. Well used to the daily stream of humanity, the urban owls (youngsters and nearby adults) were relaxed and didn't mind another loitering hominid, even one toting a long lens. The nest site, a hollow-topped cottonwood snag, afforded a neat setting without obscuring branches or too much of an upward angle. I'd say the owlets, especially the larger one that decided to do some stretching and scratching for me (my, what big talons you have), is about ready to plunge out into the world any day now. After leaving the nest, juveniles typically hang around nearby for a while as so-called "branchers", still depending on the adults to feed them. But branchers can be harder to find and photograph, so I'm glad I caught these two still in the nest! 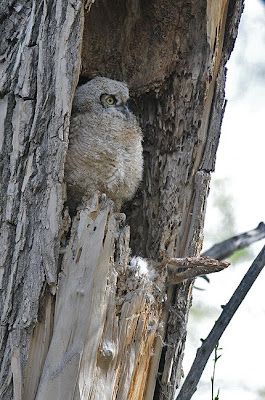 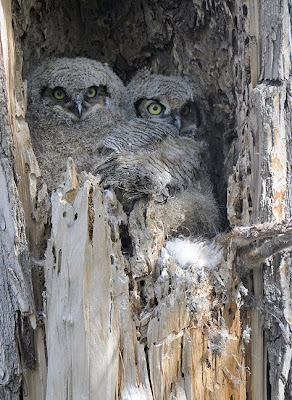 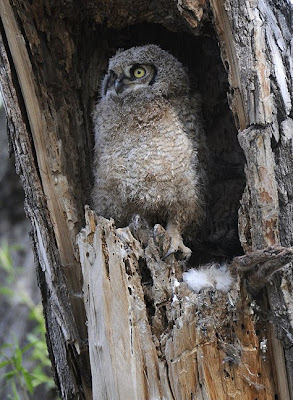 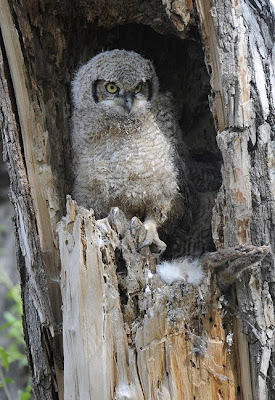 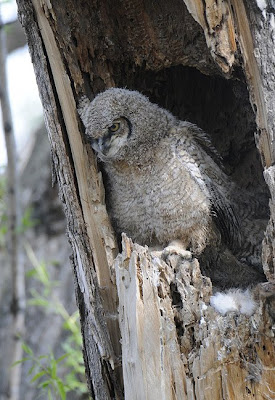 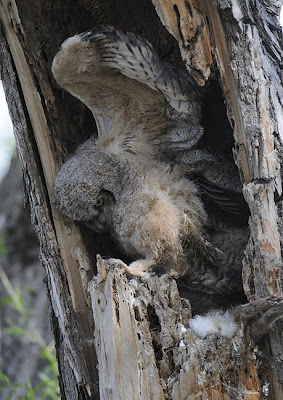 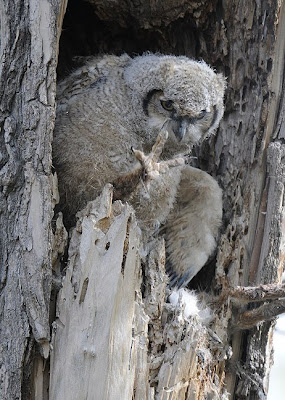 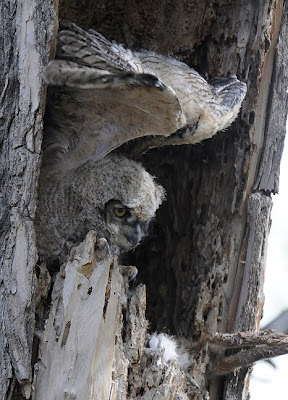 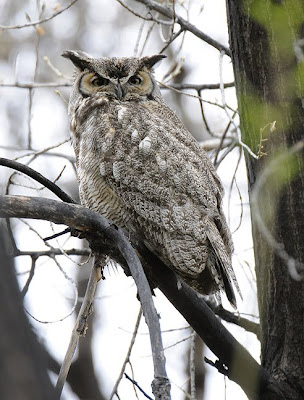 Nellie from Beyond My Garden said...

What a show-off. (I mean the owl of course.)

Great selection of photos. Love those owls! Did you find any pellets nearby? I have never found pellets near nest sites, which makes sense, but I always wonder if its because I am just no good at finding them.

oh, man...i am in awe. i love that you were able to get those shots. there is a barred owl that is seen rather frequently perched on branches just off a very busy walking trail, and i always wonder if there is a nest nearby. i would love to get these kinds of shots. kudos.

do you know if owls tend to hunt near their nests, or farther away? i suppose it depends on the owl, but if you have any insight on this, i'd love to hear it.

Beautiful shots! Amazing to see them still in the nest, what a great opportunity! I especially love the foot shot!