Sometimes when I get strings of flight shots, particularly when the bird is beyond ideal range for good enlargements, I like to make a composite shot showing the various aspects the bird takes on in its flight. The last one I posted was of a sky-dancing Northern Harrier. This time the subject is a White-throated Swift taken on The Nature Conservancy's Carpenter Ranch property west of Steamboat Springs, Colorado. I was there on a trip during the Colorado Field Ornithologists' annual convention out of Craig, Colorado. (Click the pic to enlarge.)

The concept is pretty straightforward- first, shoot lots of frames as fast as your camera will fire (in my case, 5 frames per second.) Then, at home I pick shots that show the different aspects that I'd like to include. Out of these, I try to pick one with suitable room around it (although if I run out of room I can enlarge the "canvas" in Photoshop and clone in more sky for background.) Then, I crop out the bird in each additional frame I'll use, and use the "duplicate layer" function in Photoshop to copy it onto the master frame. Then, I use the magic wand tool to select the sky in the copied layer and cut it out (just using the "edit-cut" command), leaving only the bird in that layer (sometimes having to adjust the tolerance level so it selects the right amount of sky, leaving only the bird behind.) Then I can move the layer with the bird in it until I get it where I want it in the sequence. Occasionally I'll rotate the layer to fit the sequence as well- I can't always keep a level frame of reference since I'm not shooting off of a tripod. Plus, my sequences are really photo illustrations, not necessarily sequential shots showing exactly where the bird was in each successive frame, and I nearly always leave out frames for various reasons. In fact, sometimes I put them together in different order than the shooting sequence because it tells the story better, in my opinion. By their very nature, swifts are tough to photograph so I was pretty pleased to get those shots, even at a distance. Frustratingly, when nimble, fast birds like these are closer in and have much better potential for detail, they are also much harder to track and focus on. I did get a couple of cool closer shots, though. This one isn't tack-sharp, but the bird is about to nab a bug in flight (total serendipity- didn't see the bug 'till I got home), as swifts are wont to do. By the next frame 1/5 second later the bug was already gone- yum!! 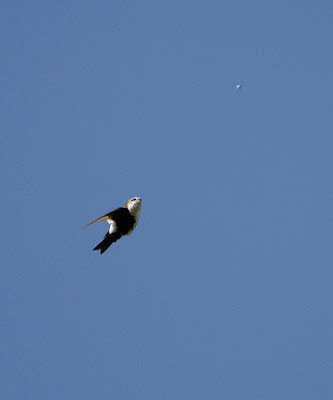 And one more parting swift shot... 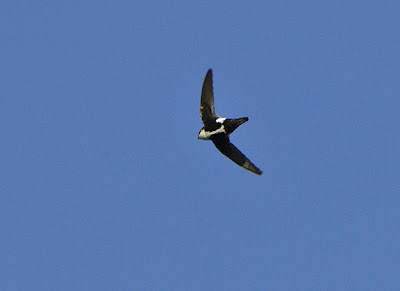 The day wasn't all about swifts, though. Led by Ted Floyd (editor of Birding Magazine and birder extraordinaire), we tallied 95 species entirely on foot (us, not the birds), walking about 8 miles around the amazing property on the Yampa River. Fortunately, the mileage was mitigated by a near-total lack of climbing. Our steepest challenge was to get up onto and later back down off of the railroad grade. Otherwise the section of the Yampa Valley where we birded is forgivingly flat. In typical Colorado fashion, there was frost on the railroad ties as we began our hike at dawn and by lunch we were enjoying temps in the 70's. Our remarkable big-walk total was due to the convergence of many habitat types, including mid-elevation riparian, wet meadows, arid brushy hillsides, and coniferous forest. Here are a few other photo highlights from the day. Peace out- Bill 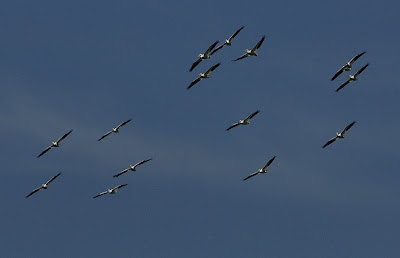 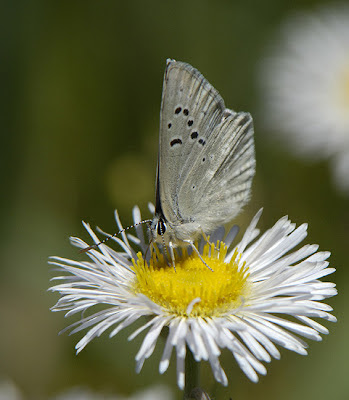 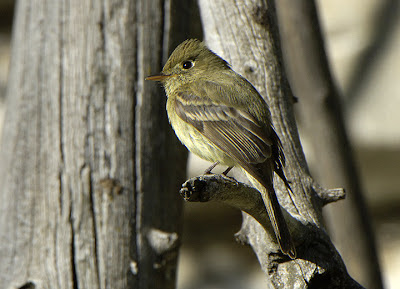 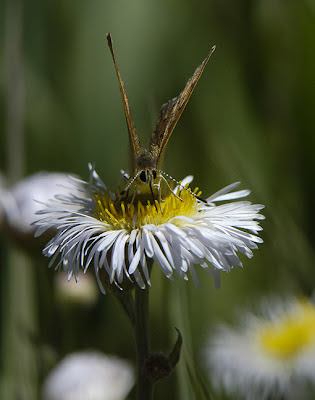 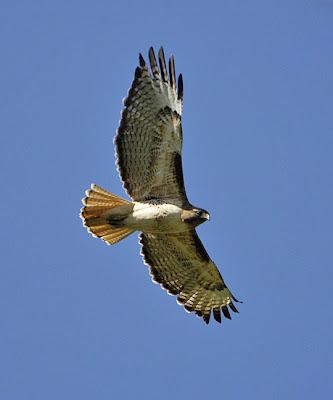 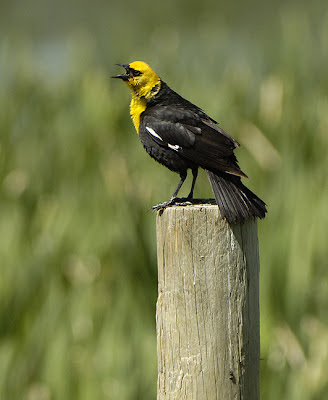 Hi Bill - thanks for sharing. I'm quite fascinated with your first pic and your method of editing. Sounds like a lot of work, but quite effective.

The flight shots are cool, but that bug shot is awesome! White-throated Swifts look pretty cool. Haven't seen one yet, but haven't headed west yet either!