First, a bird ID correction: The duck I had labeled as a Black Scoter two posts ago is actually a Surf Scoter- got thrown by the lack of much white on the face, but my buddy Brian Gibbons (VENT leader, bander, photographer, appreciator of home-grown tomatoes, and all-around good guy) noticed the feathering going farther down the bill than it should and the convex bill profile not seen in Black Scoters. I agree- thanks, Brian! When I got to more straight-up profile photos in my editing process, the difference became clearer. I also had a full-blown male Surf Scoter at a pond in Palo Alto- not much question about the ID of that one... 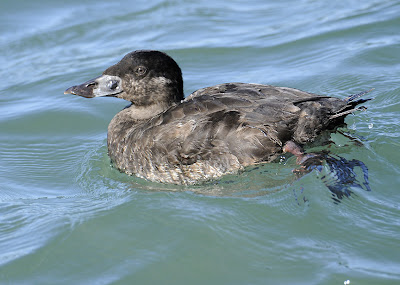 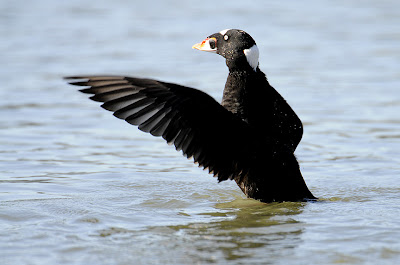 A few Bay-area hotspots were very conducive for duck photography, inlcuding the aptly-named Duck Pond at the Palo Alto Baylands Nature Area. Though throngs of feral domestic ducks and geese roam threre, a small group of Ruddy Ducks were enjoying the pond as well. This female was riding out some decent waves in the strong winds, while the male relaxed in the lee of some vegetation on the other side of the pond. While I see Ruddy Ducks all the time here in Colorado, they are usually out in the middle of big lakes, so I welcomed the chance for such detailed photography. 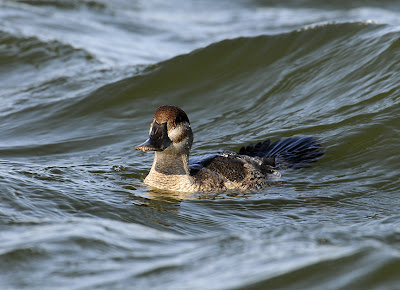 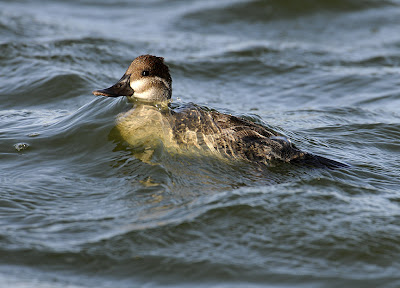 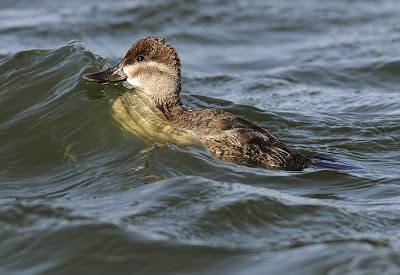 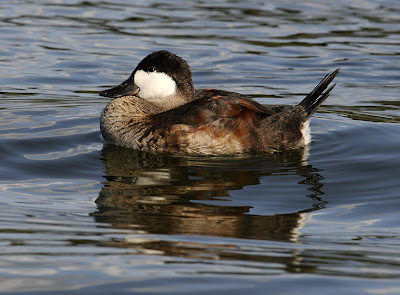 Ducks were also on the wing at the Palo Alto Baylands- would have loved to spend more time working on flight shots as ducks landed into the strong wind, slowing them down, but didn't have time. Still, I got a few I liked:

Another great locale for ducks and shorebirds was the Radio Road Ponds in Redwood City. Located at a water treatment plant, the ponds gave great access to many ducks including all three North American teal species. My favorite is Cinnamon Teal- a very sharp-looking duck that can be frustratingly hard to photograph well. One female Cinnamon Teal had a funny tuft of feathers on the back of her head- a bit of a Palin 'do, perhaps. There are domesticated varieties of ducks with this tuft- one variety I found online is called a Crested Duck. I wonder if the gene got back into this wild Cinnamon Teal, or if it is a natural expression of the gene that breeders exploited. I'm guessing the latter, because other than that the duck looks normal to me without signs of domestication. 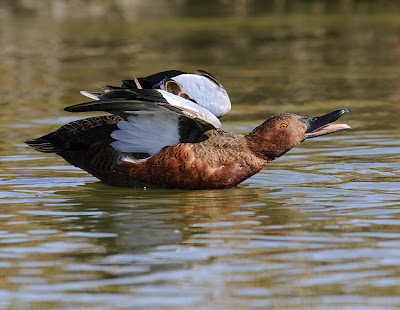 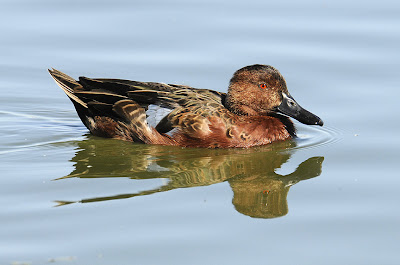 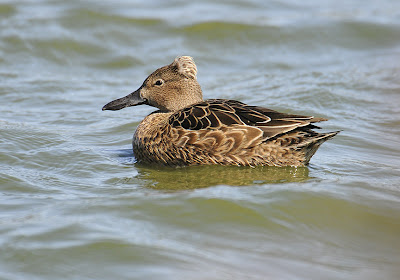 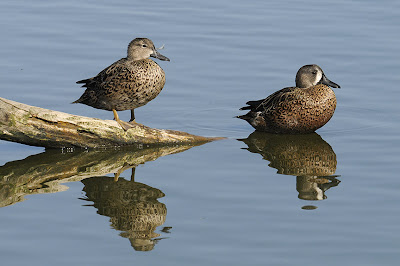 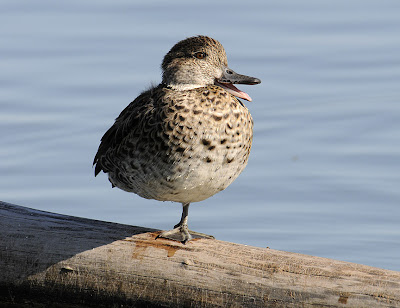 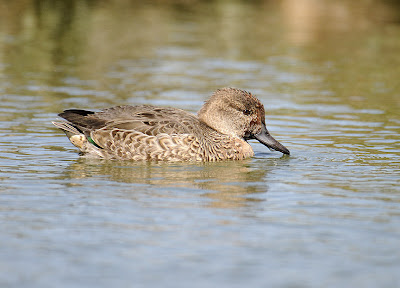 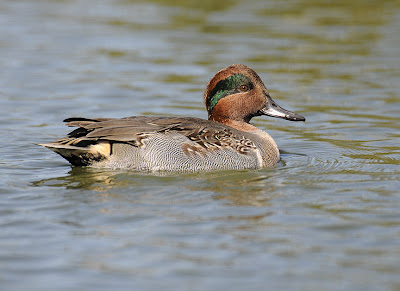 I'll wrap it up with a few other ducks from the Radio Road Ponds, a male Northern Shoveler (great eyes on that bird) and a couple of Northern Pintails. 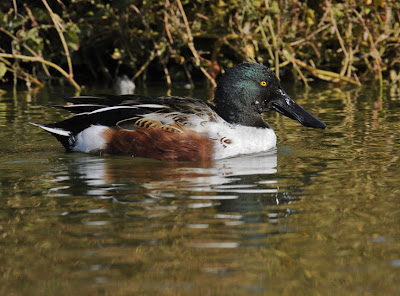 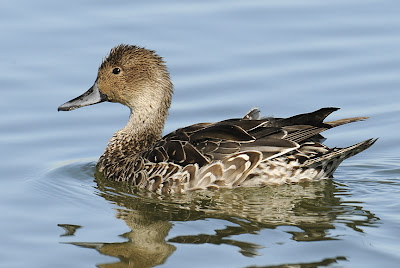 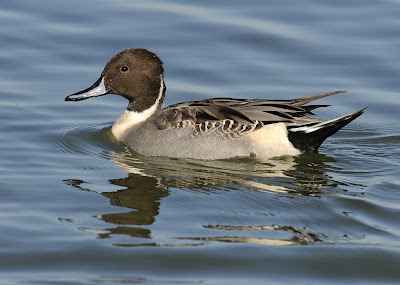 All the pictures are great,but I especially like the one of the Female Ruddy Duck with her tail all flared out on the water.

Lovely Duck playing with waves.
Yes, that pic is the winner.

Wow…look at the rudder on your Ruddy Duck (Photo 3); I had no idea they spread their tails out under water like that. Makes sense, of course…but I’m not familiar with ducks at all. Thanks for sharing. I appreciate how you describe WHAT you see in your photos. Thanks again...

Very nice message with diverse species... Congrats the shots are great... Great colors and sharpness...Thanks for sharing your passion with this nice blog...

The pictures of the birds above were very pleasant to look.And the Green-winged and Blue-winged ducks were cute.

Just found your blog a few days ago, and as a learning photographer and birder, as well as a fellow front-ranger I can't tell you how informative it has been reading back through some of your previous posts.
The RTP podcasts you referenced in a previous post are a jackpot for someone like me who has appreciated watching birds for years, but just got slammed by how difficult it is to pin down an absolute ID.
Thanks for the images and insights!