I was tickled to hear from a friend that the light-morph Harlan's Hawk (harlani subspecies of Red-tailed Hawk) I found last year was back again on the same winter territory. I had looked along the row of power poles where I saw it last winter a few times without success, but yesterday I packed up my camera and good luck charm (my son Garrett) and we took the road less traveled on our way to do a few errands, cruising the strip south of Hygiene, Colorado, to see if the bird was there. Sure enough, it was on practically the same power pole as last year! When I snapped it last time, it was eating something, allowing me to get pretty close for posed pics but I never got anything good in the way of flight shot. This time it was kind of flighty, only allowing moderate-distance posed pics. But much to my delight, instead of flying away it flew along right past me. It wanted to stay on the power poles next to the road (probably waiting on rodents in the grassy strip between the road and a field beyond), and would shift three or four poles south each time it flew, allowing me to repeat the photo opportunity several times (I stayed in the car and shot from the shoulder of the road.) Not only that, but the magic combination of sunshine and snow on the ground really lit up the bird nicely. Rare bird, flying close by, in about perfect light- priceless! In my last post about the bird, my buddy Jeff Bouton said he hoped for continued reports and more images. Here you go, amigo- better late then never! 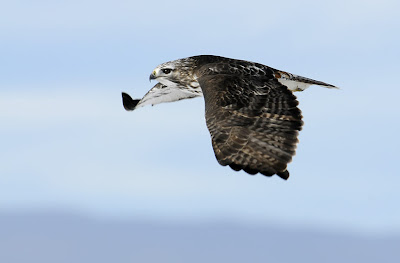 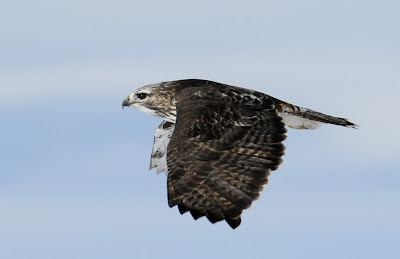 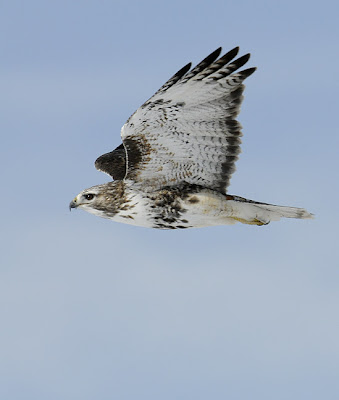 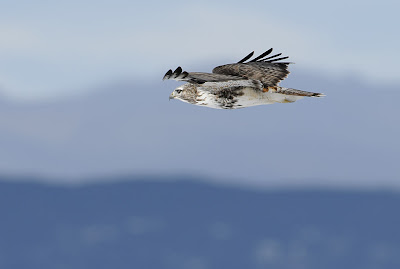