Pueblo City Park is a fantastic place to work on waterfowl photography- the ducks wintering there are super tame, thanks to the succession of folks bringing their kids laden with bags of stale bread to feed the birds. I'm not coming down in favor of the practice, mind you, but they feed the birds whether I approve or not, so I figure I might as well get some snaps out of the deal.

For me the best method is to get the light at my back, wait for a bundled-up kit to come trundling along, bun-bag in hand, and to hang out at the periphery of the gathering horde of hungry ducks and geese to pick off individuals as they arrive for the hand-out. The big, aggressive domestic goose varieties usually push to the center of the throng, but lots of wild American Wigeons, Mallards, and Wood Ducks(!) gather for their chance at the bread delivery, too. There is even a Snow Goose that hangs around. It probably was injured but found its way to this refuge. Ever wonder what the term, "Grin Patch" means? Check out this close-up and I think you'll see the grooved black thickening where the bill halves meet- nice goth look, dude!. Snow Geese have 'em, Ross's Geese don't... 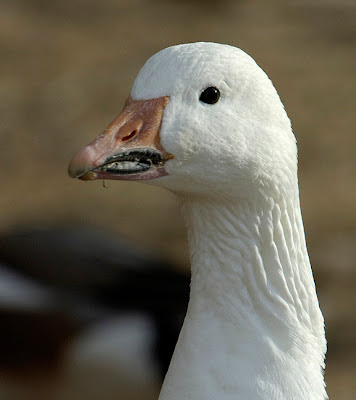 I also like the corrugated effect of the neck feathers.

Wood Ducks usually seem shy and hard to photograph, but they come running (& flying) when the bakery delivery arrives at the pond... 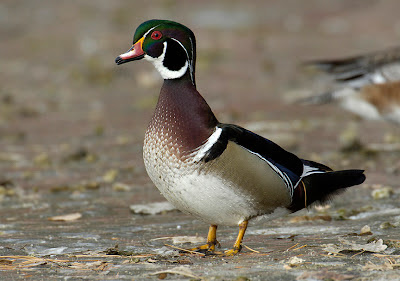 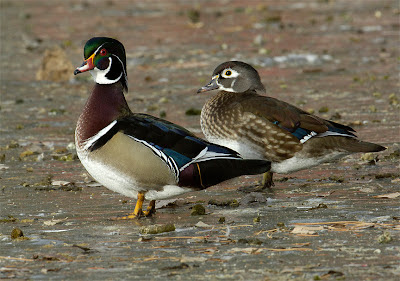 This provides an unusual opportunity for detailed photos without resorting to hiding in a blind. They also don't feel threatened or freak out when you get down at ground (or ice) level, since the kiddos feeding them are down low to begin with. Dropping down gets a much more natural angle on the birds than shooting them looking from above.

American Wigeon outnumber the other ducks there, even Mallards. Great looking ducks, wigeon are! For a few years, a stunning male Eurasian Wigeon held court at the park, too, but for now Americans are all 'ya get. 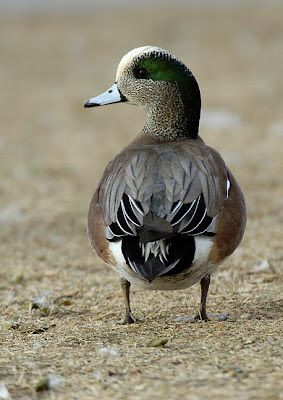 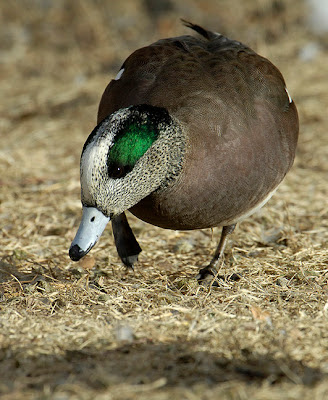 The challenge I enjoy the most, is trying to get birds coming in on the wing. It is a low-yield game, but every now and then I get a frame I like. Hope you like them, too. 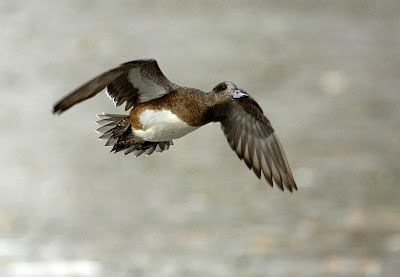 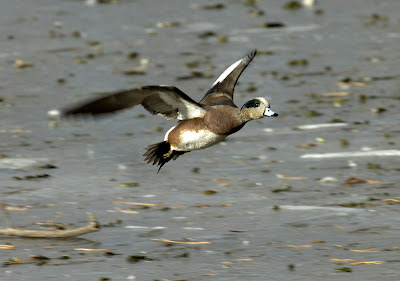 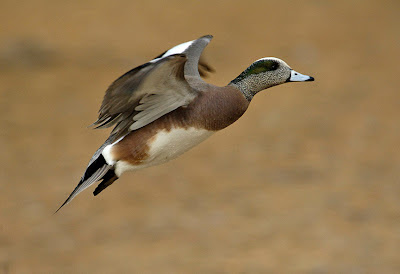 Beautiful shots of these waterfowl. I've never seen tame wood ducks before. It is quite amazing that they take handouts. And I think I've underrated the American wigeon in my book as far as color goes...the drake that you have photographed is really striking.