Anyway, my buddy Christian Nunes spotted an intriguing large 1st-winter gull with a very pale head at 6-Mile Reservoir on the north side of Boulder yesterday about mid-day. Fellow larophile Tony Leukering got the call and the two studied the bird enough to realize it was a good candidate for a Slaty-backed Gull. That's a great bird anywhere in the US, but especially rare away from the Pacific coast. Colorado has one previously accepted record of this species (one of 21 gulls on the state list), but I had never previously seen the species, either in Colorado or anywhere else.

Yesterday afternoon I got some distant digicsoped pics of the bird, but today I was able to get much better pics thanks much to the bread and sardine-flinging efforts of anther gull savant, John Vanderpoel. The sticky point seems to be that 1st-winter hybrid Herring x Glaucous-winged Gulls may be nearly indistinguishable from 1st-winter Slaty-backed Gulls. Some young Herring Gulls may share much in appearance, too. Early opinions from several gull experts differ- some whom I deeply respect are leaning towards the presence of Herring Gull genes, while others are leaning towards a "good" Slaty-backed Gull. A couple of online references I'll be sorting through include this Gull ID page and a page with all ages of Slaty-backs from Japan. I'll also rely on my Gulls of the Americas and Gulls of North America, Europe, and Asia in addition to the standard field guides as I look into the case more. In any case, I'm posting these pics for folks to study and form their own opinions of what the bird is or isn't.

Here are some digiscoped profiles: 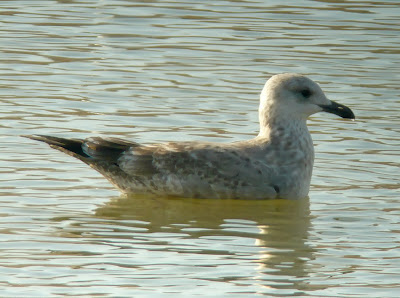 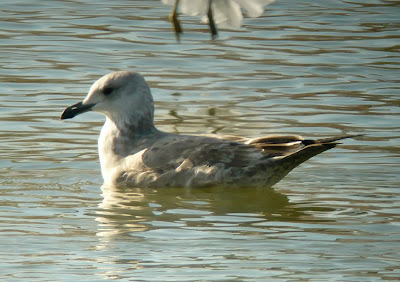 And here are a couple of flight composites: 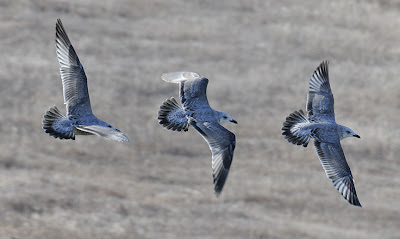 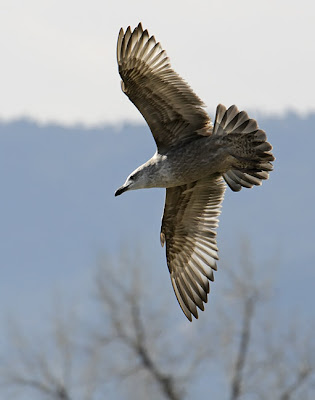 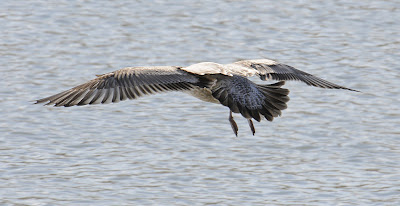 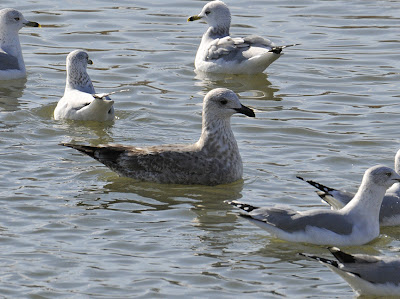 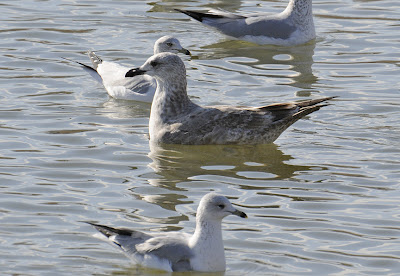 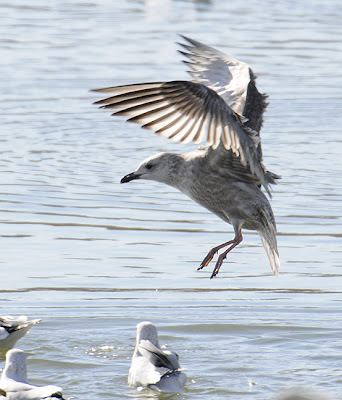 Connie said...
This comment has been removed by the author.
5:49 PM

Fantastic photographs, Bill, my goodness! I may have to come take a look tomorrow if it's still around.

I have you linked on my blog and if you find it worthy would love a link back.
Connie